skip to main | skip to sidebar

Over the course of the two days at NCECA I attended several exhibits. There was some exciting ceramics to be viewed and to be inspired by. 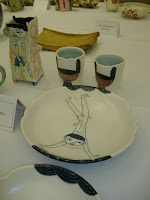 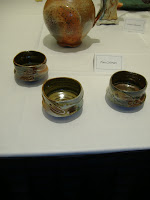 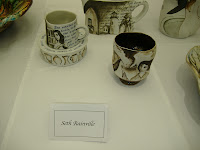 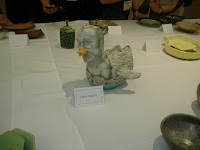 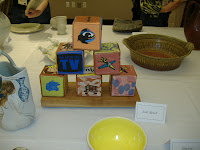 Many of the exhibits were held in the hotels in downtown Phoenix. This exhibit was held in the Wyndham Phoenix Hotel. There was some exceptional work that I enjoyed viewing. The work in the second row to the left is by one of my old teachers. The artists name is Seth Rainville. I took classes from him at the Mesa Art Center. I ran into him at the convention and he told me he is now in Boston in the process of opening a gallery. He has been teaching at UMASS the last year. His work is very detailed, concentrates on excellent craftsmanship and he pays special attention to having his work fit right in your hands. 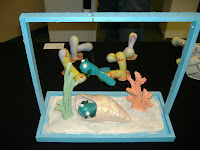 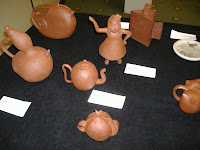 This exhibit was held in the Hyatt Regency Hotel in downtown Phoenix. This was the undergraduate ASU ceramic show. The top piece is done by my good friend Melissa. Her work is very fun and creative. 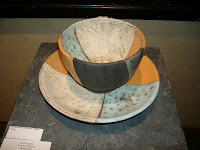 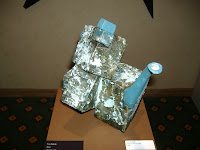 This show was held in the Hyatt Regency hotel. It was the Maricopa Community Colleges Ceramic Exhibition. The piece to the left is by my friend Kaori Fujitani. The work to the right is by my friend Tom Budzak. They are both professors at community colleges in the state of Arizona. You can check out more work by Tom at his website http://www.tombudzak.com/ 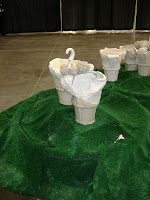 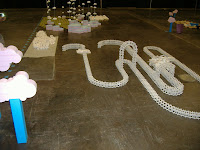 These two art pieces were in the project space at the convention center. The project space was a testing ground for experimentation and new ideas. There were emerging artists doing performances and collaborative/interactive exhibits that was fun to experience. 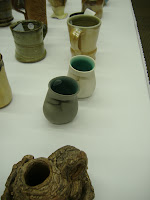 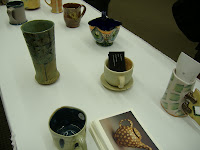 These are some cups from the seventeenth annual cup sale. My friend Tom's is in the right hand picture with the business cards in it. The annual cup sale is a fundraiser designed to provide opportunities for artistic growth through scholarships, residences and programs. 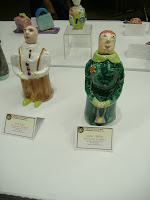 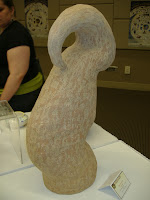 Here is two impressive pieces from the twelfth annual national K12 ceramic exhibit. There mission at NCECA is to bring the wonderful world of ceramic art being done by K12 schools across the United States. They gave out scholarships, awards and recognitions during the NCECA convention.

Sarah
I'm a ceramic teacher and artist. I create functional ceramics. As a child I loved art but was always frustrated that I could not touch the art I saw in museums. When I found out about ceramics, I fell in love with the medium because it was an art form that I could touch,share with others and enjoy everday in my life.